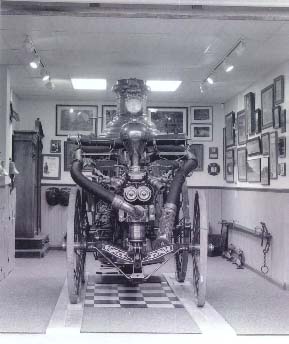 Located at the corner of Park and Main in the Protection Engine Company No. 3 station, the museum collection centers around the 1874 Silsby steamer no. 483. The steamer which was fully restored some years ago is in fully operable condition and does pump several times each year. It was recently joined by the 1936 Seagrave triple combination pumper which replaced it in 1936 and served the community until 1959. In 1959 it was sold to Beaver Meadows, PA where it served for more than forty more years, returning to Honesdale in 2007.

Displays also include early fire prints, photographs, helmets, speaking trumpets and other early fire memorabilia. There are some regular open hours during the summer, and private tours are usually available by appointment. for information contact Stan Pratt at srpratt@verizon.net