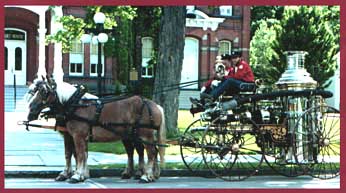 Drawn by a team of Belgians owned by Dr. William Perkins of Cold Springs with Robert Fives (far side) and Ed Jonas on top the steamer completes the first parade since restoration was completed. The photo showing the smoke bellowing from the stack on the home page was taken a little later on the same day as hundreds of curious Honesdale citizens looked on. 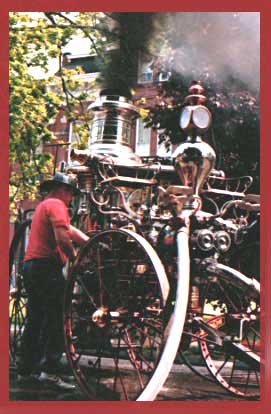 Steamer Engineer Bailie Rutherford at the controls for this first public pumping demonstration since the old engine was restored.

It was a little over fifty years ago when the old engine pumped for the last time. At the time, one of the buildings shown in the backgrond was the county hospital. The engine pumped for several days without a rest during the flood of 1935 to keep the hospital in operation.

Ted Korb and Engineer Bailie Rutherford show delight on their faces as they direct a solid stream of water down Court Street. 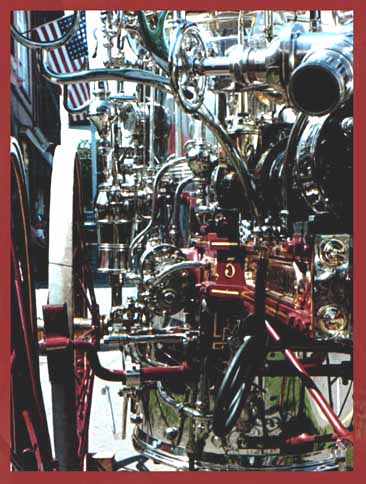